I love this story, which seems perfect for a We Are the World entry.  A group called Thirdage that started primarily to offer assistance to seniors noticed an influx of immigrants and their isolation and set up a program for seniors to teach language classes for the immigrants.  Simple and brilliant.  Check out the story at The Positive News site.

This month’s blogfest is co-hosted by:

Sorry I’m a little late with this month’s WATWB.  Love, love, love this news, so definitely wanted to share!  Check out the Good News Network to keep up with positive news.

Goals of Paris Agreement May Be Met Sooner Than Expected 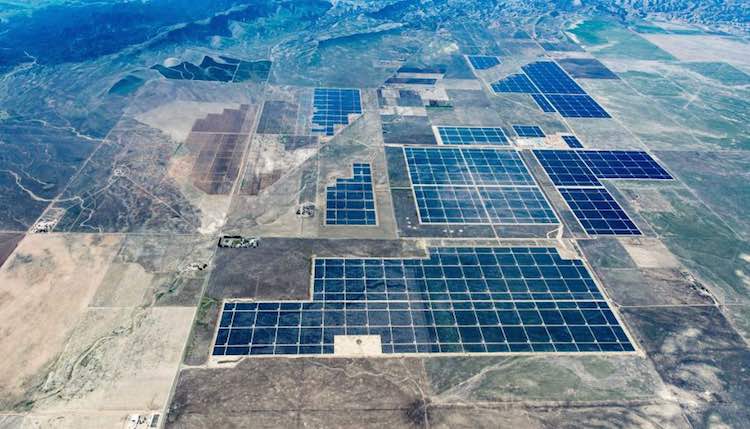 The precipitous drop in costs for renewable energy technology-even from prices a few years ago-means that carbon emissions may decrease faster and hit the targets earlier than those envisioned by the Paris Climate Agreement. Here are three technologies making that happen:

1. Solar – the average price of a MWh of electricity from solar cells has dropped from $394 in 2009 to $55 today. Solar accounted for 39% of all new electric generating capacity last year, topping all other methods for the first time.

2. Wind – the cost of wind power has likewise dropped dramatically, from an average of $135 per megawatt-hour in 2009 to $47. Wind energy is currently generated in 41 of the 50 U.S. states, with capacity of 82,000 megawatts, double the amount 6 years ago.CHECK OUT: India Plants Record-breaking 66 Million Trees in 12 Hours

EVs like the Tesla 3 and Chevy Bolt have a range of over 200 miles. Even the 25-30 mile range of many new plug-in hybrids covers over 80% of the trips most people take, with the gasoline engine available for the remainder. The cost of the new Tesla and Bolt is around $35,000, yet the average cost of a new car in the US this year is $34,000. Over 20 new EVs will be introduced in the next year, with the cost per mile for electricity usually less than half the cost of gasoline, depending on fuel costs in each area.

Recharging EV batteries takes less time today; some of the newer technologies can charge batteries to 80% capacity in 30 minutes or less-which makes the growing network of recharging stations at restaurants and highway stops more pertinent.

MORE: Company is Offering to Retrain Coal Miners as Wind Farmers For Free

Tesla’s Model X was tested as the safest SUV ever, of any type. Without a gasoline motor or transmission, EVs can have larger ‘crumple zones’ and the batteries under the floor create a lower center of gravity reducing roll-overs. They often accelerate faster than gasoline-powered cars because of the greater range of torque in electric motors.

Non-hybrid EVs also win the maintenance test since they have no transmission, engine, radiator, water pump, oil pump, etc. to service. Because of their simplicity and the reliability of electric motors, EVs may last 500,000 miles or more.

While coal currently provides about 30% of US electricity, that number is declining with each passing year. In contrast, the share of renewables is growing rapidly and will surpass coal, perhaps sooner rather than later. Thus, as time goes on, EVs will be even better for the environment as their source fuel becomes cleaner.

RELATED: 10-Year-old Boy Invents Device That Will Save Children From Hot Cars

The economic momentum of renewably-powered cars is also moving governments to support the trend. India’s new policy is that the country will sell only EVs by 2030. China is singing the same tune, with new requirements and support of their own EV industry. Britain and France just announced an end to fossil fuel cars in their countries by 2040.

Wayne Parker is a consultant who helped develop one of the earliest electric car competitions and was Deputy Director of California’s SolarCal office. He lives in Eugene, Oregon now and has a Tesla Model 3 on order.

I actually have several links this time for the blogfest, all around the same theme:  the environment and climate change.  You see, while loads of people everywhere beat their breasts and talk about catastrophes and disaster awaiting, I really do feel optimistic and convinced that the amazing, innovative, remarkable human race is going to get it right.

I’ve been aware for quite a few years that terrific innovators have long since developed technological advances and programs and plans that could change everything.  There just hasn’t been the political will to use them.  But times are changing!

These are links to two news items, a video and the book touted by the video that I feel show us why we have every reason to be optimistic.  The link for the book takes you to my local independent bookstore and I hope some of you will support them by purchasing there (if you click on one of the cities on the page the link takes you to it will take you to the book).

Charlie Rose video of Paul Hawken and Gisele Bundchen talking about his book:

Link to Hawken’s book, Drawdown:  http://www.josephbeth.com/Products/173190-drawdown-the-most-comprehensive-plan-ever-proposed-to-reverse-global-warming.aspx  Click on Lexington on the page this link takes you to and it will take you to the book

Once again I’m late putting up my post for the We Are the World Blogfest.  I always love to hear tales of people with big hearts and I especially enjoy hearing about wealthy people who choose to give away large portions of their fortunes, so this story of a Norwegian billionaire giving a large part of his fortune to clean up the oceans warmed my heart:  http://www.sunnyskyz.com/good-news/2217/Norwegian-Billionaire-Gives-Away-His-Fortune-To-Help-Save-The-Oceans Mahatma Gandhi and Sarojini Naidu during the Salt Satyagraha of 1930 (Photo credit: Wikipedia)

I realized today I completely spaced out yesterday about posting for We are the World Blogfest, but I still wanted to add a piece.  Since I’m all about peaceful activism and finding new ways to accomplish change with love and compassion, I was pleased to read this piece in Positive News about a movement for Gentle Protest: https://www.positive.news/2017/society/26751/the-art-of-gentle-protest/

If you’d like to join in with your own post about something positive, add your link here

Since I’ve been practicing yoga for 30+ years and teaching off and on for something like 25, it seemed only fitting that my first participation in the We Are the World Blogfest should share a positive and uplifting piece about yoga.  I love the idea of offering yoga to homeless people.  Knowing the power of yoga practice to balance your energy and move you into a stronger more centered space, I imagine these programs (this isn’t the only one out there) are having an important impact.

The five co-hosts for this month’s event are: