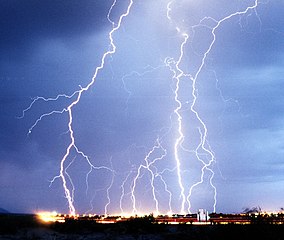 Energetically speaking, for me there’s so much going on these days I have trouble deciding: which kind of energy, what started it, whether it’s me or some cosmic shift…  The unwinding is opening nadis and letting prana flow and grow.  Kundalini seems to be back (or maybe never went away…).  Supposedly cosmic forces are moving us along and flooding us with energy big time.

Besides being “buzzy” with gigantic amounts of energy running through me, lately I’ve been noticing a certain cranky factor.  It shows up just in certain situations and the rest of the time isn’t apparent.  It particularly shows up when I’m watching TV and some type of character I don’t like is a major part of the story.  Types whom I’ve always found mildly irritating are suddenly launching me into fury.

For instance, on NCIS LA, one of the two new characters this season I just never much liked (the other I adored though according to the cliffhanger she may not be back next season).  Most of the season I just kind of ignored her.  But in the finale she played a big part and every officious, obnoxious character trait (not to mention her whistling S’s) seemed exaggerated and especially annoying.

I spent the whole episode waving my fists and shouting, “would somebody just please shoot her (the character, not the actress) and put us all out of our misery???!!!”  “Or at least put tape over her mouth so we don’t have to listen to her?”  Now, it wouldn’t have been all that unusual for me to roll my eyes, grunt, and fast forward every time she showed up.  But shouting and shaking fists, that’s a bit unusual.  And as a basic pacifist, pretty odd for me to want somebody shot…

This total impatience for characters who offend me — and officiousness, which has been a very popular character trait the last couple of years, is something that really bugs me — accompanied by a sense of fury, is kind of new.  I’m aware of the spike in emotion every time it happens.

And then there’s #45.  I didn’t like him long before he ran for President and I’ve certainly been annoyed by plenty since his election.  But now when he shows up on my TV screen, I start gagging and crossing my fingers in the sign to ward off evil.  Again, some unpleasant muttering and eye rolling wouldn’t have been unusual in the past.  On my good days followed by saying the lovingkindness chant.  But now I feel like I’m erupting.

I’m trying to decide whether these sudden flares of temper are reflecting something in me that’s clearing.  Or, since I’m inclined to pick up on others’ energy, am I picking up on the general atmosphere of discord and working it out through my reactions to what I see on screen?  Or are some of these cosmic energies that are supposedly flooding us these days creating bigger emotional reactions than usual?  Is the constant big flow of energy creating irritation?  All of the above?

It’s been going on at least a couple of months so I know most things about alignments of stars, etc. have shifted more than once while this has been going on which has me I’m assuming it’s not about the movement of planets and such.

Since lots of you in this community are following all this stuff about this time of transition and are sensitive to energy, I’m curious whether anyone else is experiencing weird stuff like this?  Or are aware of info about the transition that would explain any of this.  Or just, you know, have any thoughts? I know, I know, I kind of harp about fluidity and flow. I’ve understood its importance for a long time, but as these last corded muscles slowly open and I feel blood flow where I could not before that understanding is deepening. If you have painfully knotted muscles or tight muscle patterns your blood isn’t circulating everywhere it should go and the vital nutrients that are carried from your breath into your blood stream are failing to reach many places that need the nutrients.

In other words, if your muscles aren’t healthy, relaxed and in proper alignment you won’t just feel pain or tension or have trouble moving, you will not be as healthy as you could be. It takes a lot of effort for your body to hold all those tight patterns and at the same time your body isn’t receiving oxygen and other crucial nutrients so at the least you lack energy. Deep level muscles can also squeeze organs and glands so that they don’t function properly so you can also have more serious impacts. Allopathic medicine largely doesn’t acknowledge muscles as being affected by accidents or injuries nor that untreated muscles issues can impact much more than whether it hurts to move.

Not only do those knots and twists block the flow of blood and breath but the nadis, or energy channels, through which prana (chi or vital force energy) flows are also blocked. Many, if not most, spiritual traditions have practices to assist in keeping the flow of prana open and full because higher consciousness requires the free and balanced flow of energy.

I feel like my long and—at times—tortuous journey through chronic fatigue and twisted, painful muscles has been in part so that I could learn all this and help other people to understand. In the US we have become so separated from our bodies (I’d guess it’s true in general of western civilization but I’ll just claim it based on what I actually know here) that I’m constantly taken aback by how unconscious most people are of their bodies and how lacking in awareness of how every part connects to and impacts every other part.

I’ll keep coming back to this, trying to say it in different ways so it makes sense to different people. Please, take care of keeping your muscles flexible and strong and healthy.