For the first seven days of January, Deva Premal and Miten offered seven days of doing the 108 round version of Gayatri. They’ve had a weekly Gayatri on FB and later via a paid app since last spring — reaching out in Covid lockdown — and I’d loved those so much I jumped at the chance.

When I did a regular chanting practice a shorter version of the Gayatri was one of the three I chanted daily but I’d not done the 108 round version more than sporadically and it’s just been occasional on their weekly practice. I always found it powerful but the energy of doing it every day was quite amazing. There are usually 2-2.5 thousand people participating and I’ve been amazed at how well I can tap into the larger energy of the group. Powerful.

Besides loving the chant for myself, I love the association with heart and peace. They were doing the 7 days as an uplift to energy as the year began and that felt incredibly important to me, especially with all that’s been going on both in the world and in the U.S. As I’ve teetered between rage and holding a calm space, I’ve kept feeling a need to lift my energy, try to hold a higher space, etc.

It was quite amazing to sing the chant daily. Especially for the first few days I could really feel the build of energy in me. Didn’t stop me from the moments of rage, but left me feeling generally more energized and uplifted, easier to tap back into the heart space. Also feeling like my nadis were not just all being energized but as if they were being rearranged or reconfigured as well.* By the final few days I think I’d adjusted a little bit more to that huge influx of energy.

The worldwide sangha they’re forming is lovely and I highly recommend participation. I’m about to sign on with the app so I can participate in the larger array of activities they’re hosting, including daily meditations, access to a library of mantras, participation in sangha, Q&A with Deva and Miten, etc. They still offer the Gayatri free via Facebook and YouTube once a month. Click through on picture above to page where events are noted.

We so need to lift the world’s vibration now. As I’ve mentioned many times, the higher vibration of few can raise the vibrations for many more and we need to lift the multitudes who are caught at the anger level on up to the next level, where self examination and greater openness begins. If Gayatri is not for you, please find the meditation or practice that suits you and commit to it and/or if you can find a practice group or sangha with which to join energies on line, please practice with such a group.

* When chanting is 108 rounds, it’s one for each of the 108 nadis, or energy channels, which aligns you with the universe or creation. 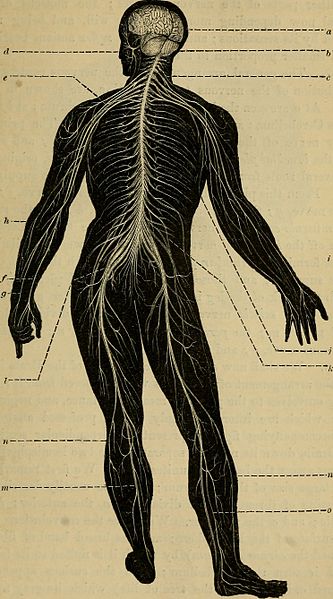 I decided to take a little break from using ho’oponopono for healing and instead to bring up an issue from my healing journey that I think also relates to peace.

Few people in the western world make it very far past early childhood these days without developing tight, tense muscles.  Often emotions and issues not dealt with are stuffed into those tight holding patterns  The longer such patterns go without being healed, the more  the patterns spread over the whole body and the more deeply rooted the unacknowledged issues become.

When muscles are tight the knots and twists squeeze the nerves, blood vessels and nadis.  Then blood, oxygen and prana are unable to flow freely, which impacts physical, emotional and spiritual health.  Only when the flow is free can your body experience fully vibrant health and connection to high levels of consciousness.

Hatha yoga developed out of the knowledge that energy must flow freely throughout the body in order to find connection to higher consciousness and to be the Divinely loving being each of us came here to be.  Modern yoga practice in the west often seems to forget that the point of the asanas was not so much physical fitness as energy fitness — opening the nadis (energy pathways through which prana flows) and balancing the chakras.

When muscles have become really tight or have intertwined with others into tight patterns, restoring health is, in part, a process of unwinding.  The muscles can open mainly (but not exclusively) from:

Sometimes a couple of these things happen together.

Often there’s a release in a muscle at the time someone is working on you or when you let go of some emotion but it’s just the first opening.  The initial release creates some space and the muscles release more over the next few days.

I first experienced the phenomenon when the bone in my left lower leg straightened 25 or so years ago.  The bone was twisted from birth, which meant a lot of muscles were pulled out of place.  By the time of the healing, I’d had decades for those muscles to pull on other muscles which then pulled on others; there were issues all over my body that all came from the original twisted leg.

When the bone moved back into place, all the connected muscles suddenly had some freedom and were also being pulled in a new direction.  It unleashed an unwinding process that would begin at my left foot and move, section by section up into my neck and then start back down.  For months afterward I experienced these releases, the muscles yanking and jerking and causing involuntary movements all the way up and down.

So I was reasonably prepared when, after many other varieties of body work, I came to CranioSacral work.  It’s quite typical in this therapy for a release to occur in the appointment — one you may not even feel on the table — and then to have many big releases starting the next day and possibly for several days thereafter.

In fact, it was CranioSacral work that opened enough stuff in my head about 13 years ago to start the unwinding process that continued on its own until now (when the last throes are finally working their way out).  Once I was years in, friends occasionally would ask if I knew of this happening to other people.  It was unusual enough that some practitioners didn’t believe me when I tried to tell them about the unwinding muscles in my head.

Though I’ve known a few people who’ve experienced a lot of unwinding in their muscles, I’ve only found one other who’s experienced the years-long process I’ve been going through.  So, after a recent question about whether this is common, I started hunting on line.  I discovered there’s now a type of bodywork centered around unwinding, which seems to be based in part on working to further the kind of opening created by CranioSacral and Body Patterning.

Even in the modalities in which it’s normal to set off unwinding of knots in muscles the conversations are usually about days and sometimes weeks or as much as a few months.  I’ve not found anything that discusses a decade plus of unwinding, so I think it’s unusual enough I doubt you have to worry about setting something off that goes on as long as my process.

Unwinding can be uncomfortable or even painful.  But when muscles unwind, the process frees the nadis, circulatory system and nerves in  your body and allows energy and oxygen to flow freely.  Huge amounts of energy become tied up in holding those patterns, leaving you tired and listless and the opening restores your stamina.

If you want to be peace, to live from the place of peace, you need to have a healthy body in which vital force energy (prana or chi) can move freely.  Practitioners often don’t discuss — or in many cases seem to know about — unwinding and how it can go on for some time or that it may hurt or be annoying.

When you start healing and/or releasing issues or your body, you should be aware there’s a chance you will unleash some sort of unwinding.  Personally, I enjoy it for the most part (when I’m not whining about it 🙂 ) because I know it’s leading to the healthy body and healthy flow of energy I desire.  I recommend embracing the discomfort and feeling gratitude for the healing it represents.  It’s part of the path to PEACE.