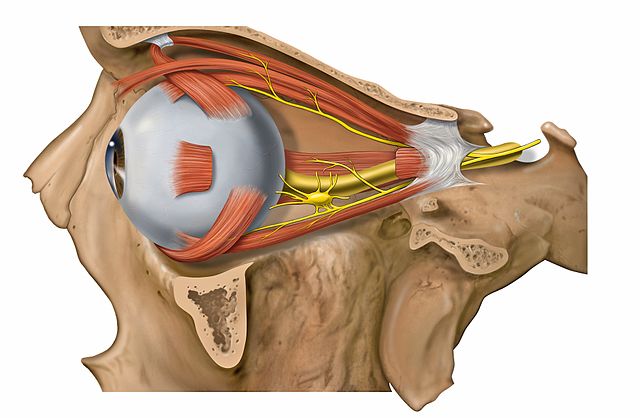 It’s been a long time since I mentioned much about the impact of the changes in my muscles on my eyesight.  Long ago I wrote a post about the late vision therapist Dr. Harry Sirota’s theories about emotions creating tight muscles that cause near-sightedness (and so much more).  At that time I was chronicling some improvements in my eyesight as the muscles unwound.

Eventually I realized the improvement was entirely in my right eye, which came as no surprise as the tight stuff is far worse on the left side and my left eye has been so cemented in tight and intertwined muscles I’ve had a notion it’s going to be the last piece to unwind.  The muscles on the left side have been holding a lot of stuff on the right side in tightness, etc. so I eventually hit a plateau where the right eye quit improving and nothing seemed to happen to my left eye.  Which is why I haven’t written about my vision in a while…

In the last couple of months a lot of the unwinding has been deep behind my eyes and suddenly today I realized my right eye has improved some more and … ta da ta da… the left eye is better too!!!  Not done… both sides have more to do, but I love these moments when the improvement is tangible.

When I write about Dr. Sirota and his revolutionary thinking about vision, I usually get some comments and private messages expressing interest, so after mentioning him in my last post I thought I’d update my long-ago piece about him.

Dr. Sirota believed that the 20/20 standard to which optometry and ophthalmology conform is an over-correction and causes tight muscles around the eyes to tighten further, which leads to deterioration of vision.  He also developed incredible insight into the psychological factors behind vision issues and the many ways in which vision impairment influences everything about your body and your emotional state.

The first visit with him lasted between three and four hours and every visit lasted at least two. He evaluated me and my movements and my life and what affected my vision to a depth I couldn’t have imagined. Dr. Sirota believed that near-sightedness begins with emotional trauma. The muscles behind the eyes tighten around the emotion and the pull on the eyes changes the shape of the cornea.

But there’s so much more to his work. By the time I got to Dr. Harry he’d been working so long on his ideas and knowledge about the relationship between vision and emotions and physical being that it was like visiting a psychic/shrink/ eye doctor.

He’d noted a deep relationship between what’s going on in the eyes and how the body moves.  As he worked on the prescription he’d put some lenses in the test glasses and have me walk forwards and backwards. “Mm, you’re throwing your left foot out to the side.” He’d change a lens and suddenly my foot straightened.  Or he’d try out a prescription and have me walk around, comment that I held one shoulder higher than the other and he’d shift the prescription and my shoulders would level out.

He’d have me walk backward toward a hanger and reach out a hand to touch the center. “You’re not really seeing where the center is….” Change lens, try again, change lens and suddenly I could walk backwards and touch the hanger in the center. By the time he decided on a final prescription my whole body would be moving differently and I’d feel more calm. Your eyes relate to so much in your body and so much about how you feel in your skin it’s amazing.

His prescriptions were very complex and quite expensive, but oh boy, the relaxation and comfort of wearing a pair of his glasses!

As I mentioned in the previous post, one key to his method was prescriptions that were reduced quite a bit from the 20/20 required by most optometrists. The strong prescription that is the norm creates tension so the muscles behind your eyes tighten more and the near-sightedness actually grows worse over time. It also causes your whole body to be more tense. When I put on my first pair of glasses from him the sense of relief was immense.

His work on this began when he entered the clinical phase of his training and kept noting that most people complained about discomfort every time they got a new prescription.  Most eye doctors will tell you you’ll adjust and aren’t concerned about the discomfort.  And most people do just get used to being uncomfortable.  It isn’t that it’s gone or corrected, you just become numb to it.  Dr. Sirota didn’t feel it was right for people to feel so unhappy with new prescriptions.

He couldn’t get the optometry community to listen to him but psychologists took an interest and he was invited all over the world to speak about his work. When he worked with a prison all kinds of behavior issues were resolved after inmates received his care for their eyes. The last I knew he had never found anyone in the vision care world who wanted to be trained in his work but he lived and continued working for many years after I moved, so I don’t know whether someone stepped up to the plate.

For me CranioSacral therapy and emotional release work have been key to getting the muscles to relax and my vision has improved immensely as a result so even though you can’t see him, you can address the issue of tight muscles around your eyes and bring your eyesight back.

If you or someone you know is near-sighted I highly recommend that you read the two articles below. Sadly Dr. Sirota died a few years ago so you can’t work with him but there a few people who are incorporating his work in other healing modalities.

This article has a really good interview with him, discussing his work:

There’s also an excellent article in the Chicago Tribune: