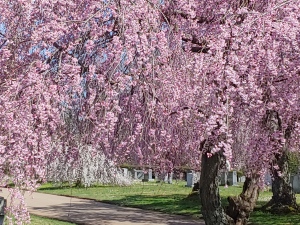 I mentioned a while back that I’ve been struggling with the division and anger and finding myself angry much more often.  I keep hauling myself back to a place of equanimity and then suddenly there I am, screaming f**k you at a McConnell ad (if you live elsewhere, try to imagine being inundated with an ad in which he pretends the help for regular people in the stimulus package was spearheaded entirely by him…) or screaming and throwing things at the sight of the pumpkinhead.

I always know if I’m that angry, something in me is being triggered.  I also am figuring out I’m just enough of an empath that the huge amount of anger in the air affects me strongly as well. So I’ve been looking inward and working on clearing those things in me which contribute.  Two of Steve Nobel’s recent meditations have been really helping me bring some deep personal, ancestral and collective anger buried in me to the surface and also to release a lot of fear– especially that which others’ fear is engendering.

The one time I managed to get an appointment with Hanna for my hip issues, she began talking about this “Transforming Anger” meditation while working on one of the patterns and I understood she was feeling suppressed anger there. One of the times I did the meditation some of the stuck stuff in there released and, though it didn’t heal it all, it’s never been as bad since.

I’ve been alternating that one with another for releasing fear. Wasn’t sure I needed it at first, but I know there’s a lot of fear in the air right now, so thought I’d try it and realized there’s still some old fear from family stuff and some ancestral fear deep in there. Also that the energy of huge amounts of fear running through our society about the virus, the economy, etc. has permeated some layers of my being even though I don’t consciously share them.

I’ve had a very strong “hit” more than once that it’s really important for me right now to do each of these once or twice a week.  Along with a feeling this healing isn’t just for myself.

And for helping to raise my vibration and hold the space of love, I play this affirmation recording as I go to sleep both for naps and at night:

How about all of you?  What are you doing to hold the space of peace and compassion?  If you have a great meditation or other practice that’s on line, please throw in a link so others can try your faves.

4 thoughts on “Tools for holding peace”