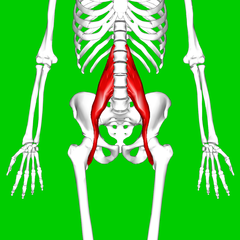 As mentioned in the last post, long-standing hip issues arose in the midst of the trauma and drama of my mother’s broken hip.  Several people noted the irony of my hip at the same time as hers and wondered if it was some kind of sympathy– while I think there was some connection, it’s the other hip and I’d been having some issues with this old pattern for quite a while before she fell. I’m giving a bit of extra detail because these kinds of muscle issues are far more common than Western medicine acknowledges and many people aren’t aware of the ways these things get started or are exacerbated.

Going way back, I was born with a twist in my left leg.  Over the many years of body work on my deeply ingrained muscle issues, we figured out the origin point for many of the problems all the way up and down was that twist.  Then at 25 I was in a car accident that injured the ankle on that side and, undiscovered by brilliant allopathic medicine, a ligament was torn away.

The injury exaggerated the twist and the instability caused by the lack of properly attached ligament led to my left hip constantly going completely out of joint and lots of extra pressure on the now-even-more-pulled-out-of-alignment knee.  As a result I walked with a limp and many days it was so painful to sit I squeezed up the muscles on that side.  There are more details but that’s the gist of why I have a deep pattern in there which keeps recurring even though body work has largely released it. (and for the story of my leg straightening out see here)

Something in how I sit and sleep at home had been causing some issues but the exercises I do for my hips have kept it at bay.  Until I wound up sitting in one ergonomically-poor chair after another for hours a day in one hospital or rehab room after another.  Suddenly my low back had problems and my hip was more “out” than it’s been since the original issue. On top of that some releases in my muscles snapped a chunk of my psoas and groin muscles too far open too fast on the same side.  Because of the proximity the two began impacting one another.

Many days I could barely walk from the pain.  I looked into the “meaning” of hip issues and found both (1) moving forward too quickly — which seemed to perfectly describe the fast track of opening/releasing my muscles have been on and (2) mother issues — which made me LAUGH!  So okay, metaphysical reasons.  But ow, after a while you just want the pain to go away and screw the “lessons”.  I got this one though: barely able to move=enforced slowing down.

Realizing I’d started the issue by not exploring enough about how I was sitting and lying.  I’ve had to change the configuration of my odd “nest on the floor” style of seating because of the hip numerous times, so another change was quickly called for.

It also sank in that as my muscles have been sorted out, my many-years habit of sleeping in weird pretzel positions to accommodate the aches and pains had been segueing into sleeping more normally, including sleeping on my side for the first time, maybe ever.  I knew about the advice to put a pillow between your knees but initially I just moved onto my side in my sleep so… not conscious enough to grab a pillow. But I bought one of the pillows designed for that purpose and am working on staying aware enough to use it when I’m on my side.

In the meantime I’ve been trying to use the yoga and Robert Masters’ triggers that have kept me going all these years.  However, the pulled psoas doesn’t like moving and pretty much everything I do for my hips moves it.  So it’s been an interesting challenge to find balance in how and when to do what in order to keep releasing the hip pattern while not setting off the psoas.

Everything has been better since Mom came home and I no longer have to sit in the chairs for a few hours a day.  But both patterns keep flaring and the extra demands on me for helping Mom and rearranging and cleaning house (our twice monthly cleaners can’t come –social distancing for Mom) make both worse, so it’s been an interesting time.

Because of the long journey through muscle issues, I’m much more hypersensitive to chairs and muscle impacts than most people.  But I’d bet some of the really poor chairs I sat in have started off issues for many people who just didn’t realize at the time a pattern started from the uncomfortable chair.  That’s how they go.  Set a muscle or two off by sitting badly for enough hours and they settle into a pattern and then that pattern begins impacting all the nearby muscles.

I wish allopathic medicine would wise up and start teaching people to get something done (body work) or to do something (possibly yoga or Feldenkrais, etc.) as soon as an injury has occurred or they’ve spent a bunch of time in an uncomfortable position or doing a repetitive motion.  If you keep the patterns from settling in, you can avoid getting to the point of spending months or years trying to fix it.

In the meantime, thank goodness for the Robert Masters work; I’ve been able to do the hip releases just often enough to work probably 80-90% of the re-ingrained pattern out.  I find it hard to heal the psoas since it’s involved in so many of our normal movements, it’s constantly getting flared.  A bit of stretching to keep the pain from locking it up but otherwise staying careful about how much I move…

And then in the midst of all this broken (Mom) and unhappy hip stuff, enter Covid-19!