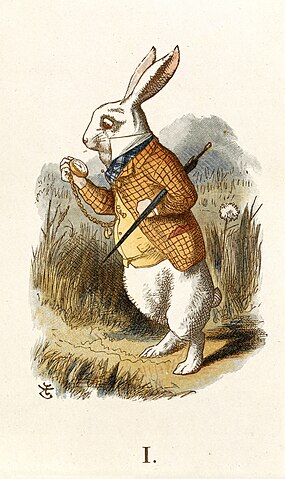 I’ve been largely absent for a while now.  My 94 year old mother fell and broke her hip on January 24 and life has felt like I went down a rabbit hole ever since.

The first hospital failed to take proper x-rays and sent her home, being told to just walk on it. The second one the next day found broken hip and two days later she had three pins put in by a specialist.  All this launched what wound up being almost two months of daily trips to either hospital or rehab, trying to get the house completely rearranged around that schedule so she can get a walker everywhere she needs to, running errands around both of those activities…

In other words anything resembling “my life” pretty much disappeared as life circled around Mom’s health and well-being.  She didn’t like the food at the rehab place so it also included having to fix a sandwich and put together some other snacks — not to mention making sure she still had her daily doses of kombucha and a smoothie– on a daily basis.

After the first days at rehab another problem was found, sending her back to the hospital for almost a week which interfered so much with her PT progress that her stay at the SNF wound up being extended.

By the last week or so of her time at SNF the coronavirus was becoming a thing and the full force began hitting on the first week home.  We’d been left for days high and dry with no nurse’s aide to help and OT and PT in home being slow to start.  Already floundering as I shifted from the weird schedule of the daily visits, etc. to having to be up and down all night to help her and available all day, the worries about the virus initially didn’t really register with me.

In the meantime, sitting for hours in bad chairs at various of the places wound up setting off an old painful hip pattern which wound up intertwined with a badly pulled psoas, so the next post will be about the journey through all of this while barely being able to walk.  And then after that we’ll get to Covid-19.

Yup, I fell down a rabbit hole and I just keep falling past a new twist and another turn…  Must be a really big rabbit!

11 thoughts on “A big twist in the road”