Stop waiting for government to fix our problems

Stop imagining that government is capable of fixing our problems

IT IS UP TO US 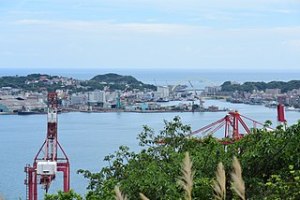 Around the world, global corporations have bought their way into power and so many politicians have been bought and paid for by them that it is pointless to hope governments as they’re now constituted are going to move on a big enough scale or fast enough to save the planet.  That’s not to say we can’t also work on changing government, which will be discussed below, but for the urgent needs of now, they’re not gonna do it.

As I’ve mentioned several times, I’m puzzled as to why these corporations are hell bent to gather most of the world’s wealth into their hands and leave everyone else bickering and starving since buying power in the hands of the 98% whom they so readily consign to doom is required for them to maintain profits.  Some of the wiser corporate heads have been realizing the only way to keep going is for everyone to benefit but not enough have seen the light.

It is up to us to break their power and we do that buy boycotting their goods and services.  They control so much of our food and products  it is key, as I mentioned in the last post, is to create local markets, manufacturing, etc.  The more I research these topics, the more things land in my path about what’s already happening.  There’s a worldwide network forming of “BuyNothing” groups, which are using local barter, production and trade to avoid buying from any corporate entities.  This group is not alone in such ventures, but a place to start if you want to start opting out of giving corporations the dollars to rule the world.

Governments will only start serving the needs of all the people when they are no longer in thrall to the 2%.

The Democrats have a lot of people running now who are only taking money from crowd source type funding and refusing to take corporate contributions.  We need to start electing ONLY politicians who are free of all corporate ties and obligations.

There will be push back and the 2% has always contained members who are willing to assassinate anyone who threatens their sovereignty.  They’ve interfered in elections by convincing people of false info in order to stop passage of laws they don’t like.  They’ve orchestrated “accidents” for people like Karen Silkwood; and recently there have been 35 mysterious accidental deaths of witnesses who were about to testify against pesticide makers.  So don’t underestimate their power or determination.

Here in Kentucky, the solar power industry has been burgeoning and the utility companies are now trying to get the state legislature (Republican) to pass laws that would devastate the industry.  So far the number of jobs and revenue that would be lost seems to be holding back enough votes to keep this from happening.  Be aware though, that if we start going local and reducing corporate business on a scale big enough to get their attention we can expect them to use their power to try to outlaw co-ops, stop small manufacturing, etc.  See article on the solar story in KY.

We need to make sure our local, state and federal government officials are free of obligations to corporations.  But even that won’t stop them from mounting multi-million dollar disinformation campaigns every time the go-local movement or the climate change remedies interfere with their insatiable quest to own everything.

It’s important for us to pay attention to donors and candidates and to refuse to vote for people who are supported by corporate $$ so that over the next 4-8 (or ?) years we can build a new government that will help foster going small and local and green. 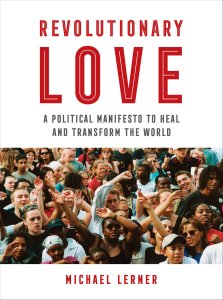 Creating a New Story and a Government to Go With It

As I’ve delved ever further into current issues, the need for change, and how to accomplish it, books and articles providing me with more info and insights are constantly dropping into my lap.  The last 10 days are so have been just the beginning of a lot of time sitting around at a hospital and now a rehab center so I’ve been catching up.  I’m really excited at the moment by Charles Eistenstein’s The More Beautiful World Our Hearts Know is Possible and Michael Lerner’s Revolutionary Love.

Though there’s much more to them, both make key points about how our cultures and governments are defined by the stories about the world we have developed.  Capitalism, scarcity, wealth gaps, etc. are all considered necessary and inescapable but they’re actually just constructs that have survived because we were convinced to believe in them and now no one questions those beliefs.  Lerner has valid criticisms of both major U.S. political parties, which arise from the degree to which both are mired in a global corporate view.

In order to accomplish real change, we need to shift our structures to reflect a different set of beliefs and values.  To work on a thrive economy instead of a growth one.  To insist that our elected representatives have no ties to corporate power.  To make love and compassion primary forces and the heart of policy and government.

Marianne Williamson was the only candidate who tried to get us to understand the need for this shift and I’m terribly sorry she’s left the race so soon. We need thousands of candidates who understand how dramatically we must change.

Whether our Constitution has sufficient flexibility and enough humanitarianism at its core is a question I’m still contemplating.  Perhaps we need to prepare for something altogether new?

8 thoughts on “People Power: Not Government”