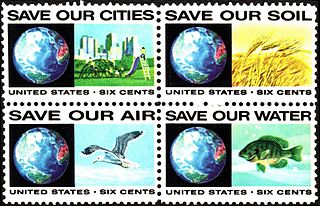 As the talk about climate change escalates I keep glancing at plans, suggestions, demands, etc. and making mental notes about what massive change would really entail.  The main things I keep seeing are (1) we the ordinary people have a much bigger role to play than most “change” advocates seem to acknowledge and (2) the massive shift we need will have much greater consequences to the world economy than is generally being discussed.

First, I see a world in which governments for the most part are broken.  Corruption and ties to big money have so infiltrated governments everywhere, I find it odd so many environmental advocates are still calling for governments to do something.  Really, what on earth about how they operate leads anyone to believe they would?

Until we can make sweeping changes in who is elected — keeping corporate money out of the electoral process altogether — democratic governments are not going to pass laws that hamstring global corporations.  And even if we can elect politicians with no such ties, let’s be realistic.  If global corporations are reined in to the necessary degree, massive economic issues, including widespread layoffs and falling profits will result.  No elected politician wants to preside over such a potentially cataclysmic shift.

I’m not saying the process doesn’t also need help from government, but because they’re unlikely to change so radically in the short time frame we need, I think it is going to be regular people working locally along with municipal and maybe state or provincial governments that will create the faster changes we need.

Politicians who discuss “the Green New Deal” or climate change more globally are by and large stepping around the issues of failing corporations and falling GNPs.  They don’t want to say out loud what the real impact of making radical change may have. The youth who are striking often seem to me to be a little naive when it comes to understanding the likely results of the degree of revolutionary change they demand — as did the “radical revolutionaries” of the Viet Nam era; the one sticking point that kept me slightly apart.  I’m not saying they’re wrong that we need it, but I also see you have to face this issue as a probable outcome.

I’m seeing a lot of movement toward more local solutions.  As I’ve mentioned, the world wide co-op movement is very heartening.  It’s been going on long enough I’m seeing studies showing they’re making profits, employing a lot of people and paying them better, etc.  They also allow women and people of color to get a fair shake.

Clearly there are already people who see this is the way to go.  I just think we need a wider-spread consciousness about the need to quickly form local co-ops (or similar) for everything from banking to manufacturing to farming to housing, etc. See previous post for more on co-ops.

What I don’t see is enough individuals advocating on how much WE have to change.  The U.S. is the worst as far as over-consuming.  Our citizens need to step it up more than most pundits are telling them and quit the constant buying.  The assumption that women need a 150 square foot closet and more than enough clothes to fill it needs to stop.  Buying a new computer or cell phone every time a small change in technology comes out needs to stop.  Driving gas-guzzling SUVs needs to stop.  Buying food you don’t need and throwing it away needs to stop.

In my lifetime we’ve moved from a society in which many families had one car and men formed carpools at work so wives and children had the car some days and not others to a society in which every body in the family has at least one vehicle.  We should be demanding expanded public transportation and driving fewer cars instead of more.

No one — especially no politician — wants to tell people they MUST dramatically change their lifestyles especially regarding consuming habits.  Generally speaking the population is resistant to being told big changes must be made .  But this time we have to be agents of change.  Part of that change is also to remake governments to serve the people, but till we do, we’re the best hope we have.

And if we all really start cutting back as much as we must, sales fall, profits decrease, corporations downsize and lay people off, etc.  Some will go out of business.  We should also be using consumer boycotts to express our wrath at their destructive practices and the same consequences are likely.

We need to have a plethora of local opportunities ready to hire displaced workers.  Some places are working on plans where the shift to more sustainable plans and programs includes many new jobs.  We’re talking about a shifting of business and jobs on a scale never seen by the world.

We need to shift to a Thrive Economy instead of one that always grows bigger:

Government as it is constituted right now isn’t going to accomplish this for us.  It’s up to us.  What can we do to shift the mentality from grow to thrive?  How can we start businesses and co-ops operating to thrive while being sustainable?  What are WE going o do to save the world?

8 thoughts on “People Power: Climate, Our Part and the Elephants in the Room”