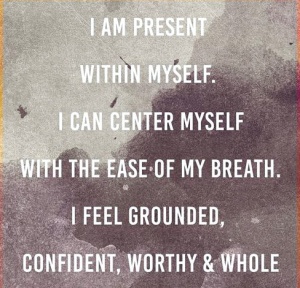 In my last post, I was feeling a little down about my struggles with making a huge schedule change.  I’m happy to report I was soon back on track but I have to tell ya, shifting your entire schedule by several hours is harder than it sounds.

Right now I’ve landed in a place where I’m routinely somewhere in between the schedule I’m aiming for and the schedule I used to have.  I’m counting that as progress and an accomplishment.  But this in between place also has some issues.

Way back when school and then working outside the home forced a schedule on me, I routinely had to get up anywhere from 5:30 to 6:30 a.m. in order to get ready and accomplish whatever commute required.  I’ve always been a night owl, so pretty much every night I was awake till midnight or one, slept till the alarm dragged me up and headed off.

Lots of coffee all day long helped me to pretend I had energy.  Weekends contained many extra hours of sleep, trying to catch up.  While many things contributed to chronic fatigue for me, I’m quite sure many years of sleep deprivation is one of the threads.  Once I no longer worked on somebody else’s hours, my pretty natural schedule was more or less 1 a.m. to 9 a.m.  But when a combination of kundalini, prana bursts and wild muscle activity started interfering regularly with sleep over some years that schedule slowly morphed to being awake often until 4 a.m. or 5 (and sometimes beyond) and sleeping until 12 or later.

I’ve hated that for many reasons, especially in winter and even more this past winter when night vision problems kept me from driving after dark.  But as long as the muscles mostly ruled my schedule and kept me utterly exhausted I didn’t feel up to trying to wrestle the schedule back.

Now that I’m back feeling quite a bit better and with restored determination, the old 1-9 a.m. seemed attractive and that’s my aim.  Oy, though, trying to shift that much while also changing liquid schedule to stop drinking anything several hours before bed has been far more huge than I imagined.  And yes, the muscles in my faces haven’t finished with me; some nights are impossible…

When I can get to the 1-9, many things have a natural spot and I can see how the schedule will work well, but this in between moment makes it so awkward!  While I long to complete the shift to the new dream schedule, right now I just try to take a breath and appreciate how much I’ve accomplished so far.

I love having extra hours of daylight.  I love being ready to head out for errands earlier.  I love having time to take a nap (so far it’s been easier to get up earlier than to make myself sleep earlier) and still have hours of light left to enjoy.

One thought on “Growing Pains?”