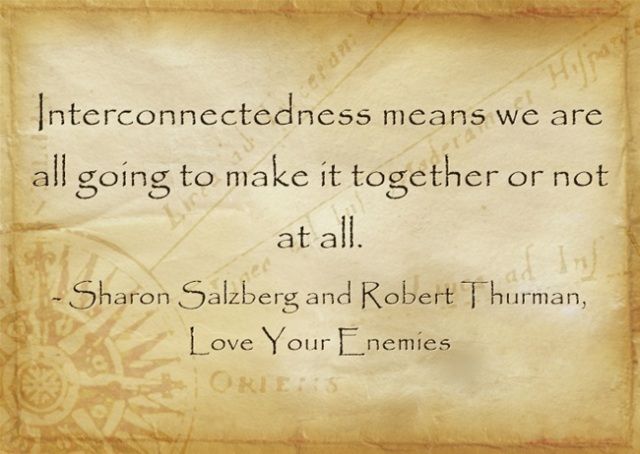 In my last post I explored the puzzling contradictions of the right wing evangelical movement.  It’s easy for liberals and leftists and spiritual types who pursue love and peace to shake their fists in fury and despise the hatefulness and hypocrisy rampant in the white nationalist propensities of so many folks who call themselves Christians.

Except fist shaking and fury are, you know, hateful too.  I’m guilty of it and up to a point I see it as a good thing to initially feel angry when people lack humanity and are prepared to sacrifice the lives of every group they don’t like.

But at some point it seems to me true compassion requires a step back and the application of humanitarian instincts even to those who seem to have no compassion of their own.  Brotherly love isn’t just for those with whom it’s easy to empathize.  At its heart it requires the ability to dig deep and find love for everyone, even when it’s hard.  Especially when it’s hard.

I see the hatefulness of the right wing as arising from huge fear.  It would be tempting to offer my theories as to why they’re so afraid (and trust me, I have some), but I also feel like Right Listening requires us to engage in a conversation with them that helps them to dig deep and offer their own truth about fear or to tell us it’s something else.

And then to ask them what would help to assuage the fear. Discuss programs and possibilities and really hear their input instead of the usual pattern of designing a program from outside and imposing it on people without finding out what they want.

At this point, like many I know, I’d pretty much vote for anybody not the guy we’ve got now, but I wish we’d see some of the liberals putting some attention on healing our great divide by turning some compassion toward the “other side”.

One thought on “Compassion for the Unlikeable”