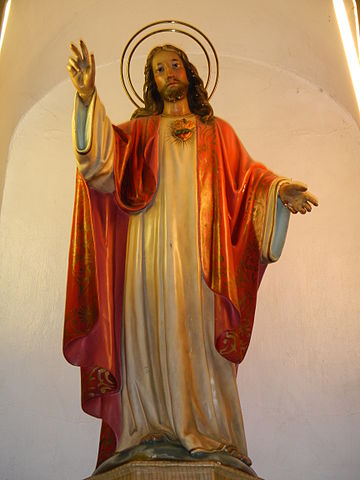 When I read quotes from right wing Christians and their preachers, I always feel as if I’ve entered an alternate universe in which Christ and the Bible offer teachings so foreign to the religion in which I grew up that I can’t recognize it as being the same.

Even though I live in a “liberal bastion” in Kentucky, if you live here you’re somewhat in the midst of the big divide of our country.  I don’t unfriend everyone with whom I disagree–especially if I see qualities I like in them — and if you live here you know people on both sides as do your friends so you meet the other side in comments too.  So I wind up puzzling over contradictions and mysterious ways often.

Like many on the liberal side and among other Christian denominations, I’ve found great confusion in their claims to be Christian and Pro Life while they display hatred toward so many groups.  As has often been noted, sometimes it feels like life is precious to them in the womb and for everybody after birth, screw ’em.

None of that reflects the Jesus I grew up knowing in the Presbyterian Church, nor the “Christ Consciousness” of love and compassion I follow and combine with other compassionate traditions now.  And a lot of their statements seem to come from a different Bible.

Some days I’m not altogether sure whether their Bible has a New Testament in it.

There’s something of a scale to this, as there are more moderate Baptists, for instance, who identify as MAGA but quote from the New Testament and do good works. They also find no hypocrisy in putting up a post about Pro Life followed by a post on their loathing of immigrants followed by a quote about kindness from Matthew followed by a diatribe about not letting a refugee group into the state.  It can make your brain hurt.

The scale moves on out to those who identify good Christian behavior with being Pro Life, anti-Semitic, anti-Muslim, anti-immigrant, anti-refugee, against aid to the poor, and often racist, etc.  I can’t find the Jesus I know anywhere in that.

And I’ve run into so many puzzling statements wherein someone says, “As Jesus taught…” followed by a quote from, say, Leviticus.  In my Bible not only did Jesus not say or teach anything anywhere in the Old Testament but in the New Testament He repudiated some of the old Jewish law of the Old Testament and forged a new path.

If they have a Bible with a Jesus in the Old Testament, seems like a different Bible and a different Jesus.

I don’t find a lot of quotes from the New Testament in the hard core statements I encounter, but they do love Corinthians 14:34-35, which is the basis of their insistence that Christ commanded women to be subservient and silent.  “Women should remain silent in the churches. They are not allowed to speak, but must be in submission, as the law says. 35 If they want to inquire about something, they should ask their own husbands at home; for it is disgraceful for a woman to speak in the church.”

The thing is scholars agree the statement refers to a particular situation in the services at the time not to mention that it can’t be considered out of context with the rest of Corinthians, which includes numerous passages saying both men and women can prophesy.

That passage taken alone also ignores many other N.T. passages indicating equality between men and women, such as Galatians 3:28, “There is neither Jew nor Greek, there is neither slave nor free, there is no male and female, for you are all one in Christ Jesus.”

So their Bible apparently either contains only a few passages from the New Testament or this version of Christianity allows people to choose only the teachings they wish to follow.

The Christ I know taught love and compassion above all else.

“But to you who are listening I say: Love your enemies, do good to those who hate you, bless those who curse you, pray for those who mistreat you. If someone slaps you on one cheek, turn to them the other also. If someone takes your coat, do not withhold your shirt from them. Give to everyone who asks you, and if anyone takes what belongs to you, do not demand it back. Do to others as you would have them do to you.” ~ Luke 6:27-31

“Blessed are the peacemakers, for they shall be called children of God.” – Matthew 5:9

“So now I am giving you a new commandment: Love each other. Just as I have loved you, you should love each other. Your love for one another will prove to the world that you are my disciples.”  John 13:34-35

I can conceive of no way to reconcile such passages with the hate and vitriol on display by these so-called Christians unless they worship a different Christ.

In my church, and every major Christian denomination I know, Jesus was a Jew. A Jew born to Jewish parents, who btw, were refugees.  So how can you be a Christian and hate Jews?  Or refugees?

While Christ taught some of the Jewish law presented in the Old Testament, he also rejected some of it and more importantly added His own, more kind and heartful path.  Personally I’ve never really understood why the early church chose to include the Torah in the Christian Bible.

But the bigger puzzler for me is why, if you hate Jews, would you follow Jewish law instead of Christ’s?  And if there is a second, non-Jewish Christ who apparently lived for hundreds of years, all before the New Testament Christ was born, why was this guy tossing teachings into the Torah throughout his life?

My head, my head…

In the end, even though it would feel somehow easier if there were a different Bible and a different Jesus so the inconsistencies could be explained, what I really see are a bunch of people so frightened they aren’t really making sense and their fear is making them hateful.

So, soon a discussion of fear and finding compassion.

3 thoughts on “The Other Jesus”