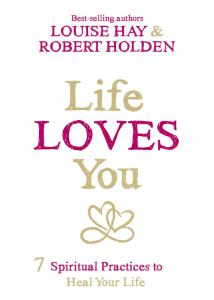 We’ve been experiencing some outage problems here in the Bluegrass which have me reflecting on life in the first world and how demanding we’ve become.  A huge storm blew through last Friday, knocking down trees and limbs which in turn brought down wires, etc. and took out electricity for over 80,000 people in the area.

By Sunday I was catching headlines on my cell phone about people being angry and impatient at how long it was taking to restore service.  Personally I was pretty grateful when they got ours back on by late Sunday afternoon (our longest spell, due to ice storm in 2002, was nine days without power…).  A couple of hours after the electricity came back our TV, internet and phones went down.  Someone at the company called it a catastrophic outage when I called in and we’re now at four full days since that went down-and counting.

When I hunted on line to see if I could get info about the outages and estimates about when services would be back, I saw more people complaining about the length of time this one is going on.

I’ve been observing this phenomenon and pondering it since the Northridge Earthquake in 1994.  The damage was truly catastrophic and a few days later people were bitching and moaning that they had to wait in long lines to sign up for disaster aid and it was taking too long to bring life back to normal.

I remember thinking, “what about disaster are you not understanding???”  It began a long fascination for me with the degree to which Americans (a) don’t want to pay taxes or ever have a tax hike but (b) expect the government to wave a magic wand and restore damaged houses, torn up electric grids, etc. in a blink – and presumably without any tax money…–every time there’s a disaster and (c) want government really to take care of everything in general, from road repair to creating jobs… without being taxed for it.

Similarly, each time we’ve had a major blast from Mother Nature here in the Bluegrass, people have wanted everything back to normal within 24 hours and start bellyaching if it goes on any longer.  It’s not that I can’t see it’s a pain in the butt or even that I don’t feel upset or frustrated by long spells without the things I’m used to.  But I also get the magnitude of some events just requires time to get things back.

I also try to have perspective.  Think of Haiti, where YEARS later they’ve never been restored to normal.  Think about the multitudes of people around the world who live 24/7 without electricity or the internet or television, etc.  Think about the long span of history when no one had any of those things.  From that view I find it insignificant to suffer for a few days without some services I like while living in a nice house, having plenty to eat, etc.

This time I really kept trying to look for the up sides and finding many.  For a long time I’ve kind of enjoyed the first bit in a power outage because there’s such a beautiful quality of silence when all that stuff is off and the house isn’t buzzing from all the appliances, etc.  It feels like a gift from the Universe to be able to relax into the quiet for a while.

In this case we were pretty lucky because the storm cooled it down so we didn’t miss the A.C. and since it’s summer, we had plenty of light for reading and hanging out till 9 p.m. so not too much wear and tear on our battery-powered lanterns or our candles.  On Saturday I piled my Fire tablet, cell phone and laptop into a bag and headed off to the library, where I was able to charge everything up and get some stuff done on the internet.

So many places on the planet don’t have electricity at all, let alone the internet, etc., I have trouble whining about how terrible I have it that I have to go to the library to go right on using all the stuff I’m used to…  And since the electricity is back on and I’ve never unhooked the DVD player, I’ve been able to watch some movies and do some binging on Gilmore Girls.  Plus while on the library wi fi, I’ve downloaded some Amazon Prime content on my Fire and some Netflix stuff onto my laptop so other things to watch are available.  Seriously, how is all that a hardship?

Would I prefer to be able to watch what I want to watch and surf the internet any time of day or night?  Of course.  It’s not that I can’t understand people feeling a little frustrated, but I’m perturbed by the sense of privilege that makes so many people so angry every time something untoward knocks them off the normal game plan

We’re all pretty out of touch with Mother Nature and her cycles in the modern first world, but even knowing this I find it hard to fathom being so out of touch you can’t understand natural disasters can and will happen and life as you know it may be off kilter for days or weeks or months or years after.  And it isn’t the government’s fault or the electric company’s fault or the cable company’s fault, etc.  It’s just what is.

So I’ve been toting up gratitudes and today, as I sit in the overly air conditioned library in a perfectly comfortable chair while using free high speed internet, I’m thinking I’m pretty darn lucky.

3 thoughts on “Privilege and Expectation”