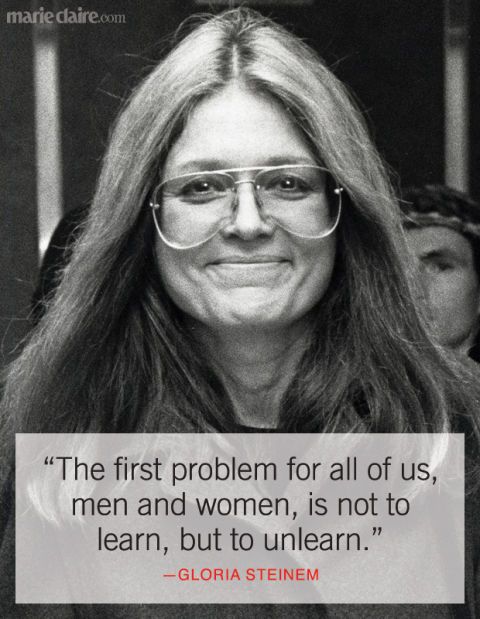 I’ve been following several stories and threads about a variety of sex-related scandals in the sports world for a while now with increasing disgust and consternation.  And, full disclosure, I’m not a sports fan to begin with.  It took time for me to realize the full import of all these tales:  an underlying theme of women as being disposable, expendable, valueless and only on earth as sex objects.

I’ve chosen to tell the sports story because there has been so much coverage it’s easy to put together the real picture but I’m also realizing this utter disregard for women and their value permeates every level of our society to a far greater degree than I understood.

As the scandal at MSU wore on I started having trouble deciding whether I was more upset by the molestation and rape, the attempts by coaches and other MSU officials to hide it, or the cavalier attitude offered by the Board and President.

The first girl who tried to make it stop came forward in 1997.  She was shushed.  Over the years more girls came forward, only to be dismissed, discouraged from filing a complaint…  By the time people sat up and listened 332 girls THAT WE KNOW OF had been molested and/or raped.

Once MSU officials started looking into allegations they accepted the doctor’s explanation that it was a medical technique being misunderstood and dismissed the girls.  Apparently they didn’t even bother to ask any other medical professionals because the profession says what he was doing was NOT an accepted practice.  It wouldn’t have taken much effort to find that out but you know, it was just girls being molested, no reason to make an effort…

Even after they knew there was a problem, the doctor was allowed to continue as long as he complied with certain conditions.  William Strample, dean of the MSU College of Osteopathic Medicine was charged with overseeing compliance but later stated he never planned to enforce compliance with these conditions.

Then when the true scope of Nassar’s crimes came out and people called for the university president’s resignation, she denied knowledge and apparently didn’t feel that being in charge meant she should have been aware of what was going on.  Nor could I find a statement from her that made me believe she felt any great degree of sorrow or shock about what went on.

The Board of Trustees supported her initially and the most powerful man on the board, Joel Ferguson, dismissed the whole horror show as “that Nassar thing”, claiming the university had other issues to deal with.  You know, because 332 girls being molested and/or raped is no big deal.  After all, women are only here to be sex objects, otherwise completing lacking in value.

Deeper examinations have shown the university purposefully failed to comply with Title IX for years.  As far as I can find at this time, failure to comply has not affected federal funding to the university in any way.

Ferguson and all of the Board members are elected.  So far there has not been a coalition of women making sure the voting booths are flooded by women voting against his continued tenure there.

In all the coverage, while I’ve seen some outrage and shock, I haven’t really seen anyone stating what to me is obvious:  the fate of women and girls was seen by pretty much everyone in power or authority at the university as unimportant, this “thing” , an inconvenience.  Compared to the importance of sports and the lives of men, horrific crimes being committed against women was insignificant.

Why aren’t fans boycotting all MSU sports until the University proves it is going to treat women as valuable and respected members of their community?  Has there been even a slight dent in ticket sales in response to the enormity of what has happened there?

As far as Title IX I’m willing to bet they’re not by a long shot the only college that has failed to comply but continues to receive federal funds.  Since we never achieved an Equal Rights Amendment, Title IX is one of few protections women have but apparently all the way up to the highest levels of government no one really cares about compliance.

If anybody at any level in this whole tale had thought women were important and that protecting them and their rights matters, there could not possibly have been such blatant disregard for what happened to all these girls and young women.

This is a basketball-mad state and Lexington is close enough to Louisville I’ve probably heard more about these NCAA violations than most of you who don’t live here.  A number of people on the staff of the UL basketball team and in the athletics department held sex parties for recruits.

The NCAA apparently was mainly concerned about the recruiting violation:  paying for prostitutes and strippers is considered a bribe.  The fact that the university was teaching young men (many of whom were minors) that women are sex objects to be used for their pleasure, apparently nobody cares about that.  Not the NCAA, not the University, not the basketball-loving public, which seems to think basketball has more value than women.

Nope all the conversation here is what it means for UL basketball that they’ve been stripped of their title and that much of the coaching team has been fired.  All concern seems to be for the basketball legacy and how it will survive.

Because using women as sex objects and telling boys and young men this is acceptable apparently is insignificant compared to the importance of basketball.  Maybe not a problem at all.  And contributing to the delinquency of minors also doesn’t count if it’s just making sure they know women exist only for their sexual pleasure.

For me the fact the women were paid doesn’t really matter in the face of the larger message being conveyed.  If you’re a man and good at sports you get to use women for sex, it’s your right and women have none.

Does anybody imagine this is the only school with this type of recruiting inducement? Or do you imagine, as I do, that there are probably many more?

College Basketball Made Louisville, Then Broke It

For some time before I binged through the first season of 13 Reasons Why, I’d been noticing a surprising number of tales of whole teams participating in “rape clubs’ .  Young men — particularly those involved in sports — in high school purposefully raping girls and, in come cases, younger teammates and often with the knowledge of coaches and other school personnel.

Some of the “extras” with 13 Reasons included interviews with therapist consultants who talked about such behavior going on across the country in high schools and colleges.  Instead of just noting stories as they came up I started actively looking for stories, trying to get a sense of how big this problem is.  It’s horrifying.

And, to me, even more horrifying than seeing how widespread the problem is, was seeing how thoroughly discounted all the victims are in all these stories.  The worries are all about the money involved in sports, the possible impact on the sports programs, whether it will hurt the university or the school district… whether an athlete’s promising career will be taken off course…

I did a lot of hunting to see what parents were doing to protest.  Nothing.  For all the stories of sex clubs systematically raping girls while officials look the other way, there are no stories of parents banding together and pulling their children out of sports programs until the school implements gender sensitivity training and re-shapes their sports programs to uphold the value of girls.  Nowhere did I find a story of fans turning in their season tickets and boycotting the games to protest a college’s demeaning attitudes toward women.

If boys were taught by their parents and their schools that women are important and have value, would they still think raping girls is acceptable behavior?  If parents believed women’s lives are valuable, wouldn’t they make sure their children know?

If coaches and principles and school boards thought women had value, wouldn’t they move heaven and earth to keep the boys who are under their tutelage from molesting girls instead of pretending it’s not happening and then behaving as if it doesn’t matter when exposed?  If they thought girls had value, would they protect their sports programs and their players over the victims?

How have we reached a place where it is common across the country for whole groups of boys to molest and rape girls in their schools?  How has it become the norm to pretend it isn’t happening and try to sweep it under the rug? How have women become so devalued that their victim-hood is less important than whether an athletic career is ruined, or a sports franchise is hurt?

Rape on Campus: Athletes, Status and the Sexual Assault Crisis

Beyond the sports world, we see evidence of how little men think of women everywhere, from McConnell shutting Elizabeth Warren up to tales of Boards where women members are talked over as if their voices don’t matter to a President whose base thinks sexual harassment is trivial and the ever-growing accusations of the #MeToo movement, we can see our society affords no real respect or value to women.

Where are the fathers who love their mothers, sisters, wives and/or daughters enough to stand up for them?  Where are the mothers with enough self-respect and love for their daughters to say, “no more”?  Why are there no boycotts against teams/sports programs where these things are happening?

There are a few men like Justin Baldoni with the balls to stand up for women and call on men to join the fight.  But otherwise I see “liberals” joining the conservative tendency to throw women to the wolves when they don’t protest against women in congress being patronized .  We need a small army of men who love the women in their lives enough to stand up with them and demand equality.

The #MeToo movement is a nice start, but women need to face the deeper reality:  we are not seen as valuable in this society.  An epidemic of sexual assault is just a symptom of the underlying reality.  If we don’t stand up and fight for ourselves, we will never be granted the value and respect we deserve.

My series on women’s issues:

3 thoughts on “The male [sports] world: women have no value”