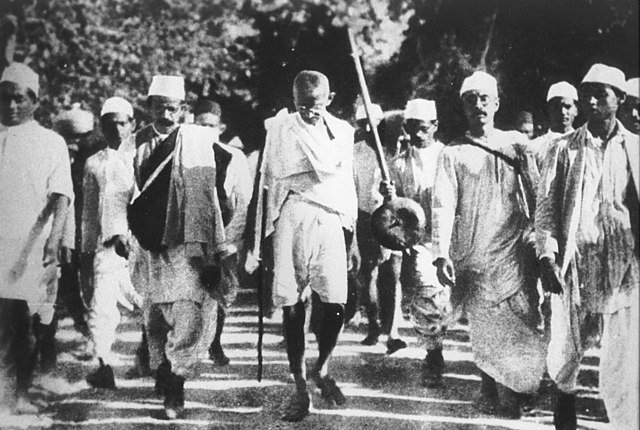 Although time has calmed many people down a notch from the hysteria post election, every day I see enough on social media to realize too many are still hyped up and being reactive instead of proactive.  I’ve already produced a little series of posts with suggestions about compassionate activism but I thought I’d produce a pithier version with some added thoughts and suggestions.

Stay in the Moment

Quit spinning out catastrophic ideas into the future based on info you see today.  Many people are making dire pronouncements on social media — often based on info from seriously shaky sources when nothing in the unconfirmed information actually suggests the dire outcome necessarily follows.

Take a breath.  Then another.  Bring yourself into the moment.  Ask yourself:  Is this happening now?  If the government isn’t falling, if democracy hasn’t ended, if civil rights haven’t been abolished in this moment, calm down and remind yourself of what is true here and now.  BE IN THE MOMENT!

Take Back the Narrative

When you keep passing on disturbing pieces of information about what the opposition is saying and doing, you let them frame the narrative.  Leaders have been doing it for years.

I first noticed back in the 80’s when Ronald Reagan dubbed the troops fighting for Somoza’s fallen government in Nicaragua “Freedom Fighters”, implying they were the forces for democracy instead of actually the henchmen of a toppled dictatorial regime who were trying to overthrow the social democratic Sandinista government.  And the media went with it.  The New York Times and the other major dailies, the major broadcasting stations — all of them participated in his re-frame, helping to convince people we should be fighting to restore the dictatorship (since Somoza was dead I’ve never been clear who would have run it).

Creating phrases or re-naming things using the words that suit the agenda is a frequent tactic of leaders.  #45 is a salesman.  A master of creating a narrative to sell the hapless on whatever he wants them to believe.

Right now one of his big sells is that he’s just “deregulating”.  In a country full of independent spirits, it’s a word that always implies getting rid of big government.  What it really means is he wants to remove every protection that keeps middle class and lower class Americans safe from fraud, environmental illnesses, discrimination etc. by getting rid of regulations that control corporations.  Not by a long-shot the only arena in which he’s using loaded phrases to paint a picture he wants.

Every time you pass along articles repeating the Republican administration’s phrases, you allow them to frame the narrative.  Take it back.  Write a post that re-frames what was said to reflect what is really happening and share that.

Give Your Energy to the Outcome You Want–Shift the Energy

Quit using his name.  Quit using the name of the Machiavellian senator from Kentucky.  Every time you mention them you send energy to them, building them up and leaving the other people and possibilities for your side weaker.  #45 or He Who Shall Not Be Named 1 and 2 will do.  #45 wants to be constantly in the “news” and you’re giving him what he wants.

Right now we have less than two years to identify good candidates, create  grass roots campaigns to sidestep the ineffectiveness of the Democratic party (here in KY the campaigns have been so badly run in recent years I’ve been puzzled as to who the Democratic candidate even was in many races;  possibly GOP funded infiltrators are running the party here? 🙂 ) and send our energy toward that.

Currently I’m doing some research about how we could start crowd funding outside the U.S. to re-fund any place or any thing #45 de-funds.  Others are creating support groups, attending protests, etc.   Think outside the box.  If you don’t have your own program/idea, help someone who does.

Let the energy and excitement build around the outcomes you want to see and please, please STOP  keeping the energy flowing to them by putting all your attention there.

I’ll admit I snicker at some of the stuff going around, but at the same time I know making fun of people is just mean. I am no better than they are if I engage in the same behaviors to which I take exception in them.

Being nonviolent means keeping violence out of your words and thoughts as well as avoiding fists and weapons.  See more about nonviolence here.

What Aspects of Them are in You?

If you really can’t let go, and keep obsessing, it’s time to start looking within.  Nothing about someone else’s behavior can have so much impact on you unless you are reacting to something in you that you’re seeing as being “out there”.

Whatever you see in the world reflects  you.  If you’re seeing disturbing stuff and feeling upset all the time over it, it’s time to take responsibility for what needs to be healed in you.  I’ve written lots of posts about healing what’s in you, and there’s one specifically about #45.

Move Your Being into Peace and Compassion

None of us have any business being snotty about lack of peace and compassion in others if we aren’t embodying love, peace and compassion ourselves.  I’m not there.  If you aren’t either, work on that.  We’re all one, part of the same whole.  Every time one of us raises consciousness everyone is lifted.

I’ve written about doing some chanting for opening my heart and filling with love ever since the election.  I’ve also been taking a class involving lovely meditations or putting love out into the world, called a Vow to Love.  All the materials are on line so you can still sign up.

If none of that appeals, sit vipassana, do guided meditations for peace (I think there are thousands on YouTube), heal your inner wounds.  Doesn’t matter which path you choose, just do your part to  be the peace.  Be the change you want to see.

The more loving and compassionate you become, the more nonviolent and peaceful you will be in your activism.  The easier it will be to choose the most loving path of resistance.

4 thoughts on “Tips for Peaceful Activism”