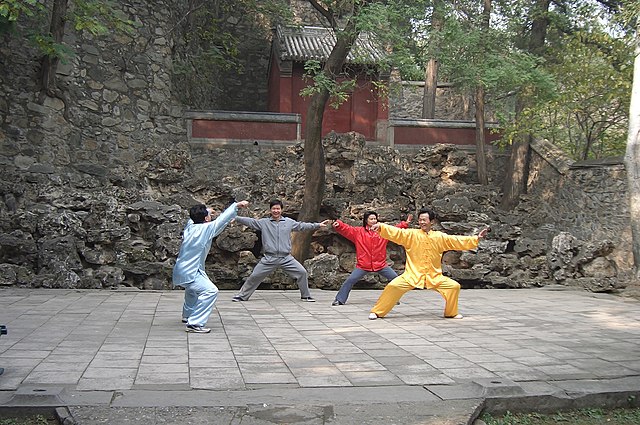 A friend of mine recently asked me to suggest some practices or therapies that help to break patterns.  As soon as I gave it some serious thought I realized my answer is complex and I’ve been letting it percolate ever since.  Ultimately it seemed like some good info to organize into a post…

There have been a few distinct phases to my long spiritual and healing  journey.  The one most relevant to this question began in the early “aughts”.  I’d been “on the path” since 1985, when I began with some quite New Age material, including a lot of stuff about affirmations.  I soon thought of myself as having become a positive person.

Somewhere in the realm of 2006 a friend gently recommended The Secret after listening to me bitch for a couple of hours about substitute teaching.  For the first time I totally got how much negative thinking ran in my brain all the time.  It finally sank in that half an hour a day of affirming and visualizing can’t possibly overcome 23-1/2 hours of negative tapes running.

Later What the Bleep helped me understand how those tapes create neural nets and begin to deprive your peptide receptors of the ability to accept anything positive or good for you.   Once I began seeing these things I started working away at how to bust through it, change neural nets, heal peptide receptors, and, most importantly, CHANGE MY MIND.

Tending to throw multiple possible solutions at these kinds of issues, I pursued several paths.  In hindsight I can see I addressed it on several levels, physical, mental, and energetic.  Over the years I’ve found it helps to heal more than one level.  Some think healing one automatically spills over into healing them all but I have not found that to be true for me.  I find it works better to heal on various levels and they start working together.

The physical healing path for me has been ongoing now for thirty+ years and sometimes I have to look back to realize aspects of it tied in to more than just sorting out my muscles.  During this time I began getting Bodypatterning* treatments and also played around with Robert Masters’ Psychophysical Method combined with yoga until I created the work I’m now calling Flowing Body, Flowing Life.

The Bodypatterning and the Flowing Body work both help to bust up patterns held in muscles — which often means they both help you to release emotional issues held in those same patterns.  Some of the changes created by this intense period of releasing muscle patterns had a profound impact on changing what was happening with my thoughts.  Everyone I worked with who combined getting Bodypattening with doing my movement work created big releases and shifts.

CranioSacral work also created big pattern shifts and was responsible for setting off the unwinding process in my head.  I’ve gone back occasionally for more of that work.  Synchronistically, I met Kreig, the Bodypatterning fellow, through the school/massage center founded by the CranioSacral therapist–Judy– I saw so when Judy moved away I was able to move into the new modality which finally busted up many long-held patterns .

Yoga, if practiced mindfully and with attention to how it’s feeling, can also be a vehicle for release.  People tend to pull out of postures as soon as they start to tap into a pattern with attached emotions.  If you consciously note the desire to pull out but keep holding the posture, you will often come to a release.

These are just the techniques that worked best for me.  If you have a therapy or a movement practice that breaks up patterns for you, I’d say choose the one that already works for you.

For me, getting old tapes to stop playing has been a long process and one I wouldn’t call easy.  A variety of things can bring change.  Some big changes arrived during and upon completion of the Fisher Hoffman Process work, which involved a lengthy examination of parents’ beliefs and admonitions, seeing how you’ve incorporated all of them and a LOT of release work.  Really helped change some habits of thinking.

I’ve found affirmations quite helpful, but only when I changed the way I worked with them.  Once I saw the ongoing negative patterns in my thinking I set up a “watcher” to try to stay mindful of when I ran the tapes and which ones showed up most often.

I then developed affirmations which were basically positive turnarounds of the negative tapes.  Every time I caught myself re-running a negative tape, I would stop and repeat the turnaround statement several times.

It helped a lot in two major ways: (1) staying conscious of the patterns seemed to decrease their frequency and (2) the regular repetition of the turnarounds helped to create new, more positive, patterns.  And I think new neural nets…

I’ve long believed subliminal recordings can reach the unconscious and influence change.  I bought a selection of Dick Sutphen’s affirmation recordings and began playing them often; sometimes on a repeating loop all night long.  Then I put together a long list of them on Spotify and have been playing it very softly all day most days.  It’s slow and subtle but over time it has led to far more positive thought patterns.

Having learned a lot of practices like Flying Crane Chi Gung and the Eight Key Breaths, I knew how much can shift when energy is stronger and/or more balanced and/or flowing more freely.  Considering the benefits of various practices, I chose the Flying Crane, Key Breaths and the Five Tibetan Rites and began to practice 1-3 of them daily.  I wrote about it long ago here, with more explanations of the practices.

As noted in a recent post, I find changing energy lets you bypass the mind and create a shift without mental interference.  I just chose three practices I particularly love because they seemed to fit some specific goals I had at the time — many other practices that work with energy could give you similar benefits.

These practices, done while also receiving Bodypatterning, clearly enhanced the therapy as well as helping to move my energy into new and healthier patterns.

If you’ve been reading this blog for a while, you know I’ve also done a lot of work on ancestral patterns and visited a couple of healers who also helped in that arena.  Some of those posts:

I do NOT consider any of the information in this post to be any kind of definitive list.  I don’t believe in definitive lists.  I believe that whatever you believe will work, will work.  The specifics here are just to give you an idea of the kinds of practices I used.  Can’t say I’ve finished the process but enormous transformation has taken place since I began this pattern breaking process.  Anyone can do it.

* Developed by a fellow here in Lexington, it’s the most amazing body work I’ve had — and I’ve experienced at least a dozen varieties.  He now has a school, called Full Circle Massage School, so I’m in hopes practitioners will be fanning across the country and the globe, making it possible to get treatments wherever you are.