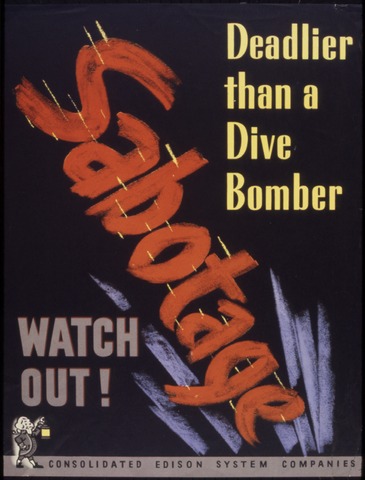 As I mentioned in the last post, I don’t feel you have to have a super strict formal practice but at the same time I’ve often noted in myself and others that sporadic practice or refusal to practice at all can be a way of sabotaging progress.  On the other side, sometimes when you’ve processed a lot of material or made some big changes, there’s a kind of plateau period during which you need time to integrate what you’ve already done.

I’m always seeing fine lines in this journey between one side and another and this is one of those places.  In Part 3 I discussed the importance of learning how you react when you’re resisting something that could help you versus recognizing something’s just not for you.  It’s equally important, I feel, to learn the difference between when you are sabotaging yourself by refusing to do practices and when it’s sabotage to make yourself do it when your inner voice is telling you “no” and to recognize how you sabotage.

Some years back I realized I’d long carried out a really subtle form of sabotage:  I’d meditate or do the Tibetan Rites regularly for a few weeks … and then .. I’d just …  drift … … away from it.  For a while it would cross my mind to do it and then every night I’d find myself in bed without having done it.  And then a couple of months would go by when it never even crossed my mind.  Eventually I’d come back and pick it up again and then go through the same process.

Once I could see it I worked at being mindful. I’ve been much more able to stick with things and when I do drift, the spaces of not doing have become more like days instead of weeks or months.  It was a tough one to get hold of because something in my unconscious was very good at just keeping my mind shuttered enough to forget to do the practice(s).

Another way I used to sabotage myself — and one I’ve seen MANY people use — was trying to make everything a question of controlling my mind.  A lot of New Age/New Thought teachings encourage this idea that you can change everything by just changing your mind.  Up to a point, you can, but between unconscious issues and the efforts of ego to maintain the status quo, I think it takes an approach that touches more levels of being — emotional, physical, ancestral, etc.

When people want to keep the whole journey on a mental plane, they tend to refuse to meditate or take up the Eight Key Breaths or to sing chants or any other exercise.  As you know, I deeply believe the practices designed by many ancient traditions are excellent at penetrating into the shadows and helping you to let go of the darkness and raise your consciousness.  They tend to operate on levels of energy and higher consciousness so they bypass the stranglehold ego tends to have on mental processes.

For me it was especially evident when it came to emotional release work.  I was convinced I didn’t need it and I resisted all suggestions about doing something on that order.  Eventually I watched a lot of friends transform while doing the Fisher Hoffman process–as my late friend Ellen facilitated it, which is not what you get from the Hoffman Institute–and realized I needed to sign up.  Once I’d completed the work with her I felt so fond of the sweet freedom it brings, for years I kept going through the process every time I uncovered another issue.

Absolute refusal to do a practice or exercise is a major way to sabotage yourself.  I think on some level we always know when a practice is likely to open channels into the shadow and/or create a big change.  Even if the change is positive, your unconscious/ego may object and create resistance.  I try to check in and see whether fear of change or fear of “seeing” is behind the feeling that I absolutely don’t want to do something.

If it’s fear, I do it anyway, but sometimes I set a boundary that compromises between the “just do it” and the “no, no, no”.  Maybe, “I’ll just do it three times a week for 10 minutes.”  Or, I”m just going to do this today and I don’t have to do it again.  And then repeat the next day.  I have never been sorry I stepped beyond the fear and into the place where freedom lives.  Not once.

The other major way I sabotaged myself for a long time was failing to stop sometimes and allow the letting go and changing to become integrated.  I’ve mentioned it before — I’ve been in a hurry through most of this journey and definitely inclined to push the river.  There were many times I should have paused for a while but I’d just study with a new teacher or take up another practice.

I think my higher self/the Universe led me into this final and life-disturbing phase with my muscle issues to get me to finally stop for a while.  It was HARD for me to accept but as I’ve learned to sit back and quit pushing so hard, I’ve been able to see how crucial it is to allow the slow down/integration cycle to have its place in the transformational journey.*

Which is where we circle back to mindfulness.  In order to be aware of how you sabotage and when you’re doing it, and in order to stay on track with doing practices, you have to spend enough time with your consciousness in the present moment to be aware of these things.  And few people are capable of creating a new “mindfulness” groove without practicing.

As I mentioned back in the first post in this series, I find that any practice, from chanting to movement (tai chi, Tibetan Rites, walking meditation…) to guided or silent meditation, can be a lesson in mindfulness if you focus on the practice and your breath and let any intruding thoughts drift away.  The practices will impact other issues and levels at the same time you’re learning to stay in the moment, so it’s a positive all around.

*And it isn’t that I quit doing any practices, I just stuck mainly with the ones that ease my muscles and keep me balanced