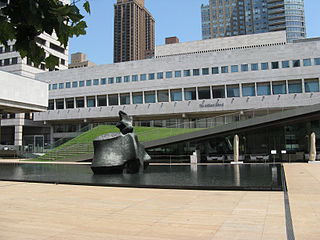 Sleepiness is ongoing (see post) and you may have noticed I’ve been posting more erratically than usual :-).  Thought I’d combine my response to Dungeon Prompts this week with a reminder to set aside 10 minutes to pray or chant for peace on Collective Prayer Sunday.  Kind of a lazy two-fer-one post…

How do you measure up to your eight-year-old-self’s plans for the future?  We all had childhood dreams, or fantasies.  How did you imagine the world as a kid?  When you were eight years old, what did you plan on being when you grew up?  What would that version of yourself think about who you are now?

This has been an interesting one to contemplate the last few days.  While I know I’m not living the life she dreamed of, I’m not sure how eight-year-old me would feel about sixty-two-year old me.

As a child, I dreamed of nothing but a career in music.  Originally the dream was Broadway or movie musicals.  As I got older I dreamed more of rock or jazz.  I’m not sure if I ever had the talent for the type of music I wanted to sing, but when I begged for voice lessons I was handed classical training starting at age 12.  By the time I was old enough to realize my musical preference, I had a voice that didn’t fit the music.

Still, I dreamed and when time came to look at colleges, I wrote away for nothing but catalogs from music schools.  Which led to the big discussion about music as an unrealistic career “even for people with talent” and the bottom line that my parents weren’t paying for music school.  Not being the rebellious, independent sort who had a clue how to just take off and make it happen, I went to Northwestern as an education major.

My collegiate career started the fall after Kent State and by sophomore year I was a jeans and work-shirt, marching, protesting hippie with a growing array of social concerns.  And that new viewpoint stayed.  In some ways that expression of political and social values not shared by my parents was the first time I spoke as me.

In my twenties, I did sing in a band for a while but I finally understood that the voice created by training was never going to work for the kind of music I wanted to sing.  And that I lacked the ability to create a style uniquely my own.  My interest in pursuing it pretty much ended there.

I also carried a lot of angst and sadness from childhood on, though I was in my thirties before it became clear how strait-jacketed I was by my own demons and issues.  When it became too bad, I finally started down the personal growth and spirituality seeking path that I’m still meandering along.

My life right now is far from any dream I ever had.  And my dreams have changed.  I’d like to think that anxious, repressed little girl — who I believe still lives inside — is happier now and pleased to be more free and peaceful even though at the time she never acknowledged her deep unhappiness.