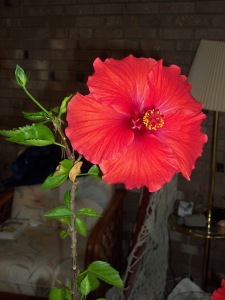 I posted this one a long time ago when no one was reading this blog. I’m back pondering being peace again and planning some other posts and decided I’d like to start off by re-posting this one:

When I watch the news (try to avoid it) or face opposing political opinions or hear about what I perceive as injustice, I tend to react.  Sometimes I’m pretty angry, raving and waving my arms around.  I try to be mindful in this arena, to realize when I’ve flipped into mad mode.  Because I believe absolutely that the only way to have a world at peace is for enough of us to release our anger and truly become peace; peace in your heart, compassion in action, etc.

In this great big web of divine oneness that we all inhabit each one of us affects the entire web by the emotional patterns we hold and express.  Just because almost everyone I know would be angry about the same stuff doesn’t change the fact that all anger fed into the web contributes to hatred and violence and war.  At any given moment the balance of the world moves toward peace or war depending upon the vibrational patterns of all the members of the web.

As much as I would like to blame those other guys whose attitudes and anger about my opinions are just WRONG (because after all don’t we all think we’re right and those who disagree are wrong?), I’m contributing the same crap to the web that they are every time I point a finger and declare them wrong or bad.  When my mindfulness efforts are working well enough that I realize I’ve started a knee jerk reaction against someone or something, I stop and say the lovingkindness chant for whomever is receiving my fury.

Every time I do it a soft, smoothing wave flows through me and the world feels right again.  In those moments I know that I have to learn how to hold that space of loving peace as my center.  Have to for my own well-being.  Have to for the web.  I don’t want to take a chance on being the bit of energy that’s the tipping point to war.  I want to say to everyone, “Don’t get mad.  BE PEACE!”

7 thoughts on “Being peace, again”